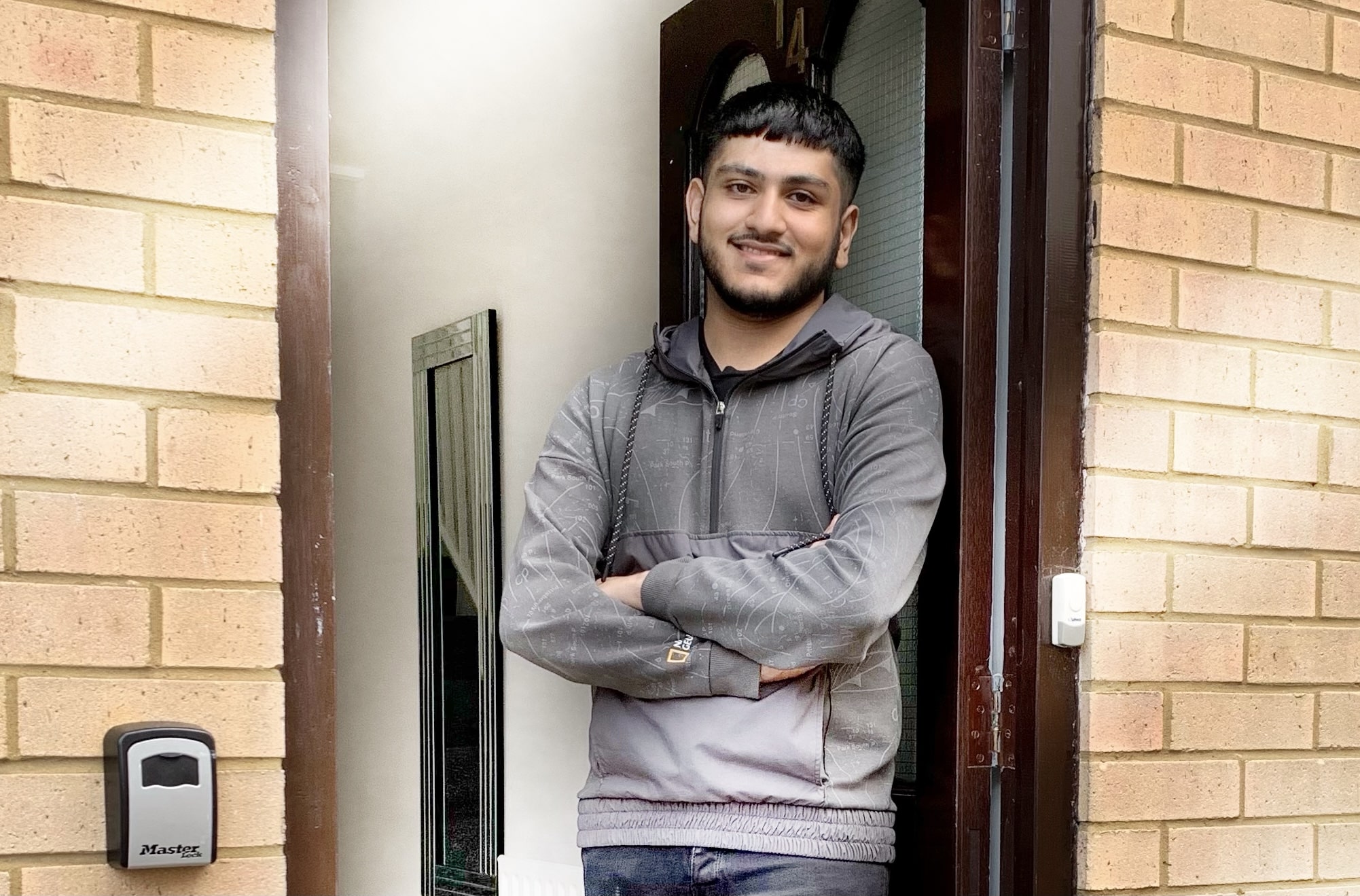 Preston born and bred, Hamza was in a school run car accident at just 11. After a drawn-out investigation, further complicated by Covid, his fiscal compensation was finally awarded when he was 18. He was immediately advised to invest in a pension. Hamza had a think about that, sought counsel from his parents and was inspired to seek out an alternative, less stilted direction. His mind drifted to thoughts of bricks and mortar…

His mum and dad agreed but were anxious. They encouraged him to look up north –they were familiar with the neighbourhoods and could even be his tenants. Hamza wasn’t so sure, and after a  swift consultation with Mr Google, up popped Buy to Let Hunter.

Hamza met Adrian and Alex and found them relatable, trustworthy and they spoke the same language. Hamza tentatively asked for some advice and with some sensible guidance, he investigated all of his options with his new chums.  “I was sold.” He sighed with relief.

A few struggles were finding a mortgage broker, a scuffle with solicitors but eventually, a  loan was secured, an offer made and accepted,  walls painted, furniture purchased and his two-bedroom semi was ready for the first guest.

Buying his little house in Hitchin was a great move  for Hamza: “I realised that I don’t want to buy up  north: the returns are too low and anyway my parents would be able to reel me in on a thread  if I bought near them.” His father argued that the money Hamza spent in Hitchin would buy him a mansion closer to home – but Hamza, his eye focussed on the future, stayed strong!

Hamza feels confident in his decision to eschew a pension and take his place on the first step of the property ladder instead. “I can always sell it in a few years if my situation changes – or if  I get married…” he added, eminently sensibly,  understanding the flexibility of his choice.

Asked if he had any advice to anyone else considering speaking to the team at Buy to  Let Hunter, Hamza said: “Adrian and Alex were very responsive to all my phone calls and emails throughout. Trust the process – even though  other people might doubt you.” Hamza felt very supported throughout; a student studying PPE,  Hamza plans to use the income from his property to help pay his tuition and living expenses. It will enable him to go on and pursue a master’s degree in environmental consultancy.

“Working with the BTLH team was a very positive experience. I cannot imagine doing this on my own  – but look! Now I am on the property ladder and a  lot of the credit goes to Adrian and Alex!”

Unlike most of us twice his age, Hamza has a clear view of his future and has eschewed the usual options for a young lad with money in his pocket.  We are so proud to have assisted him and can attest that Hamza is the very embodiment of aspiration; is this the beginning of his empire?

Can BTLH help you find the perfect property?

Want to find out more?

We can guide you, using years of experience successfully advising hundreds of clients, to your best possible purchase. A ten-minute chat will give you a good sense of what is possible today’s market in the world of serviced accommodation, rent guarantees, medium lets and ASTAs. We’d love to help!
Phone
Investments 020 7550 9396
Management 01628 633893
Email
Investments hello@buytolethunter.com
Management hellomaidenhead@smarterrent.co
Thank you! Your submission has been received!
Oops! Something went wrong while submitting the form.

For the latest offers, exclusive access & updates submit to our newsletter.
Thank you! Your submission has been received!
Oops! Something went wrong while submitting the form.
Book A cALL